Get the latest public health information from CDC: https://www.coronavirus.gov

Get the latest research information from NIH: https://www.nih.gov/coronavirus

HIV/AIDS: The Basics
The HIV Life Cycle
The Stages of HIV Infection
What is a Latent HIV Reservoir?
HIV Testing
FDA-Approved HIV Medicines
What is an Investigational HIV Drug?
What is a Therapeutic HIV Vaccine?
What is a Preventive HIV Vaccine?
HIV/AIDS Clinical Trials

The Stages of HIV Infection

There is no cure for HIV, but treatment with HIV medicines (called antiretroviral therapy or ART) can slow or prevent HIV from advancing from one stage to the next. HIV medicines help people with HIV live longer, healthier lives. One of the main goals of ART is to reduce a person's viral load to an undetectable level. An undetectable viral load means that the level of HIV in the blood is too low to be detected by a viral load test. People with HIV who maintain an undetectable viral load have effectively no risk of transmitting HIV to their HIV-negative partner through sex. 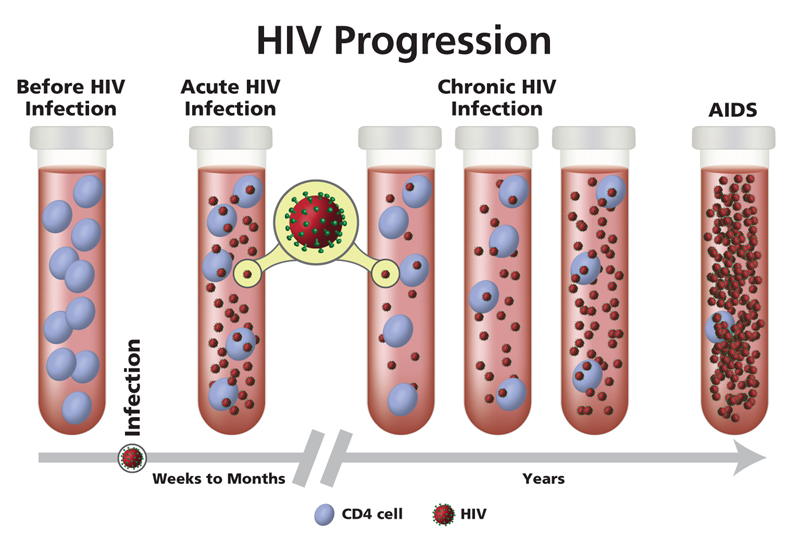 There are three stages of HIV infection: